← more from
Lakeshore Records
Get fresh music recommendations delivered to your inbox every Friday.
We've updated our Terms of Use. You can review the changes here.

by OGRE and Dallas Campbell 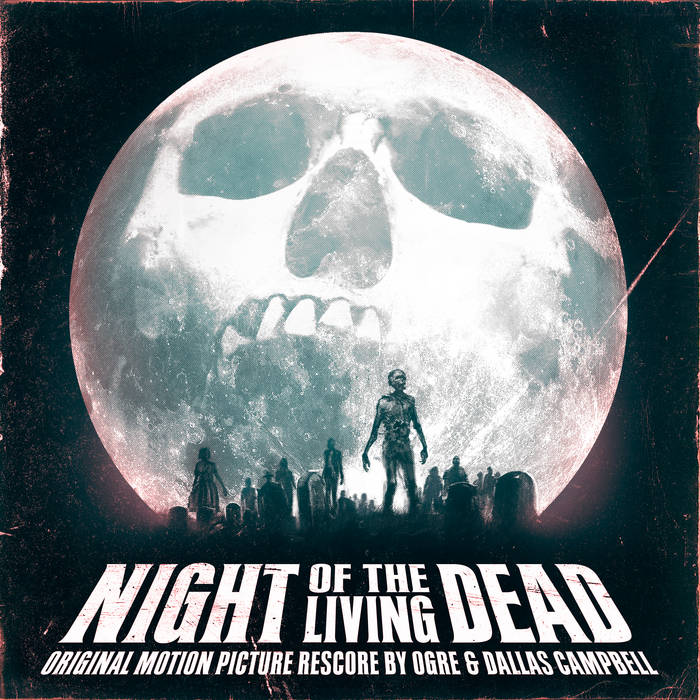 gojimag84 A long time ago I watched Night of the Living Dead with this Rescore layered over it. I've been in love ever since and am glad to have this! Favorite track: The Truck.

Kish Kollektiv It isn't hard to imagine this as the soundtrack to "Night of the Living Dead" in a parallel universe where the classic film was made in early eighties Italy. The metronomic kick drum throbbing away at the start of "Opening Credits" and that eerie vocal choir synth line awakens the same frisson as when listening to Frizzi's "Zombi 2" main theme. A wonderful homage to retro Italo-horror soundtracks which also functions very effectively as an alternative score for the film. Excellent... Favorite track: Graveside.

Stubborn Puppet When OGRE and Dallas collaborated on All Hallows, I was impressed. When they re-imagined the entire soundtrack to 2001: A Space Odyssey (Beyond the Infinite), I simply lost my s#!t over how amazing it was - a total improvement over the already amazing original score. But this "Night of the Living Dead" score... holy bananas foster! This is the kind of statement that creates trends.
more...

A new score by synth masters OGRE and Dallas Campbell for the classic horror film!

About Night Of The Living Dead:
A disparate group of individuals takes refuge in an abandoned house when corpses begin to leave the graveyard in search of fresh human bodies to devour. The pragmatic Ben (Duane Jones) does his best to control the situation, but when the reanimated bodies surround the house, the other survivors begin to panic. As any semblance of order within the group begins to dissipate, the zombies start to find ways inside -- and one by one, the living humans become the prey of the deceased ones.

Night of the Living Dead is directed by George A. Romero. Criticized at the time for its explicit gore, the film has since garnered critical acclaim for its sharp social commentary and for launching the popular genre of zombie horror. It has been selected by the Library of Congress for preservation in the National Film Registry as a film deemed "Culturally, historically, and aesthetically significant."

About Composers OGRE & Dallas Campbell:
Robin Ogden (OGRE) is a musician and composer based in The UK who has provided music for film, games, and more. Dallas Campbell (Dallas Campbell, Magic Happened) is a West Virginia based producer on the border with zombie capital Pittsburgh who boasts a massive collection of analog synthesizers.

Despite living 3594 miles apart, and having never met in person, they collaborate online by the wondrous power of Facebook chat. Night Of The Living Dead is the third installment of their transatlantic collaborations to see the light of day.

Cinema for the ear. Composer & Sound Designer for games and visual media.

Bandcamp Daily  your guide to the world of Bandcamp